San Antonio, Spanish for Saint Anthony or City of San Antonio as it is officially known, was a small village occupied by Native Americans.  Then Spanish missionaries and explorers stumbled on a river on the feast day of St. Anthony of Padua on June 13, 1691, christening it the Rio San Antonio. Later the Spanish set up a military outpost named Mission San Antonio, later renamed the Alamo. The city grew with increased population attracted by trade and commerce to what it is today. According to Reilly Roofing & Gutters, the number 1 roofing contractor in San Antonio, TX, the Texan city has some fun and interesting things including:

The River Walk, or San Antonio Paseo del Rio, which is made up of a system of paths and stairways made of cobblestone, is below the street level. A very popular tourist and locals’ site constructed in 1930 as part of the federal projects to try and revive the economy during the 1929 – 1939 Depression. The picturesque stone walkways and some of San Antonio’s best shops, cafes and entertainment spots are set up along the San Antonio River flowing through the city center. The main attraction to a majority of the five million visitors who visit the site annually is the allure of a leisurely stroll on the walkways, a meal on one of the outdoor eatery and a 40 passenger barge sightseeing ride on a guided tour. Or better still, a dinner on a large table that can accommodate 20 dinners in the center of a barge in the middle of the river. 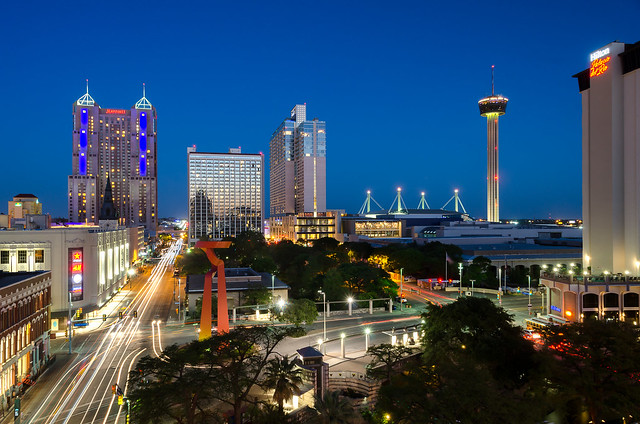 The first commercial Local Area Network (LAN) was invented in San Antonio. A LAN is a number of computers and related information technology (IT) equipment in an office or a commercial establishment devices linked through a common communications line or wireless link to a server. It enables people in a room, cyber café or facility, whose operations are controlled from a central point, to share resources like printers and photocopiers.

It has now been confirmed beyond reasonable doubt that San Antonio receives the sun 219 days per year. This is 60 percent of a popular myth that claims the seventh largest city in the US is sunny for 300 days annually.

Wilbur and Orville Wright are the first people to make a powered airplane, dubbed Flyer, between 1899 and 1902.  They then made the first successful flight on December 17, 1903. They were granted a US Patent on May 22, 1906, for “new and useful Improvement in Flying Machines.” The Wright Brothers invention’s link to the Texan city is that the wheels of their later much-improved version of the airplane were installed in 1910 at Fort Sam Huston in San Antonio.

The Battle of Flowers Parade is one of its kind in the US in that it is solely planned and directed by women. The parade, whose first edition took place in 1891, is held in honor of the fighters who fought in the Battles of the Alamo and San Jacinto during Texas’ war for independence from Mexico.

More than 100 pounds of moon rocks and soil the Apollo astronauts collected during their expeditions are stored in Building 950 at Brooks AFB, which is now Brooks City-Base following the Base Realignment and Closure in 2002.

The popularity of barbed wire started to spread across the US in 1876 following advertising gimmick involving a fence for a herd of Longhorns in Alamo Plaza.

The same 2,160 tons of dirt is spread on the floor of the AT&T Center for the San Antonio Stock Show & Rodeo every year since 1988. If you wish to not only preserve but also add to San Antonio’s natural beauty, you might be thinking about installing a green roof system. Let the native Reilly Roofing & Gutters, the best roofing company in San Antonio, Texas, take care of the installation.