You may be a resident of San Antonio. You may not be aware of some of the famous individuals who are calling the beautiful city “home” too. San Antonio, the seventh-most populated town in the US and the second-most populous city in the State of Texas, has attracted a wide array of famous people including actors, musicians, artists, and athletes. Here below Reilly Roofing & Gutters, the best roofing company in San Antonio, TX, lists some of them.

A star in many movies including The Fugitive and Men in Black, Jones is an Academy Award-winner. This native of San Saba, TX, lived for some time in other Texas towns like Midland and Dallas before relocating to San Antonio later on in his life. Formerly married to Kimberlea Cloughley, the daughter of former SA mayor Phil Hardberger, he is a fanatic of the Spurs and regularly attends their many games. He currently resides in Terrell Hills, one of the tri-city suburbs. George Strait (Singer/ Songwriter) – Lives in The Dominion “The King of Country” music was born in Poteet, TX, George Strait. He literally stormed the country music seen in 1981 with his song “Unwound”. The hit song set him off to becoming the most influential musicians of all time. Strait and his wife live in The Dominion, but split their time between that home and their ranch near Cotulla, TX.  A charitable celebrity, he is donated to children causes in San Antonio and supports Spurs. 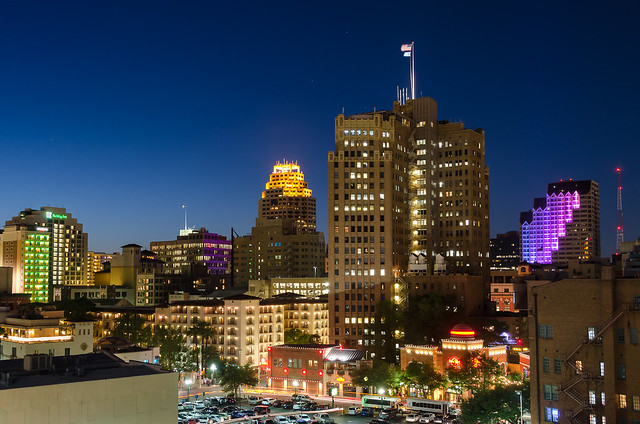 Lives in Leon Springs area Touted as the greatest basketball forward of all time, he has lived in San Antonio since he joined San Antonio Spurs in 1997. Renowned for shunning the limelight, he is a big video gamer. Armie Hammer & Elizabeth Chambers (Actors) Born in Californian, Armie frequents San Antonio often because of various reasons. First, San Antonio is the hometown of his wife, actress Elizabeth Chambers. They also both own the uber-popular Bird Bakery in Alamo Heights. Armie has played roles on television and the silver screen. He is stared in shows like Veronica Mars, Desperate Housewives, and in movies like Lone Ranger, opposite Johnny Depp. Elizabeth is renowned for her role in Criminal Minds. Emily Robison (Singer/Musician- The Dixie Chicks) He was attracted to Texas by its wide-open spaces. Although born in Massachusetts, Emily grew up in Addison, TX where she learned to play the violin, along with a variety of other instruments. Her special talent led her to a long career as one of the members of the country trio, Dixie Chicks. Emily lives in San Antonio with her husband and children.