Fort Worth - Facts About The Barnett Shale - Reilly Roofing and Gutters

Fort Worth Roofing Company work above the ground in the “sky”, just beneath the earth, there are hundreds of hidden reserves that we are yet to find out about. Luckily, the Barnett shale is not one of them. This impressive geological creation underlies not only the city of Fort Worth but 17 surrounding counties as well.  Why is this place so unique? Except for the fascinating size and form, the Barnett Shale also kicked off the shale gas production in the North America States and brought a tremendous economic benefit to the States. 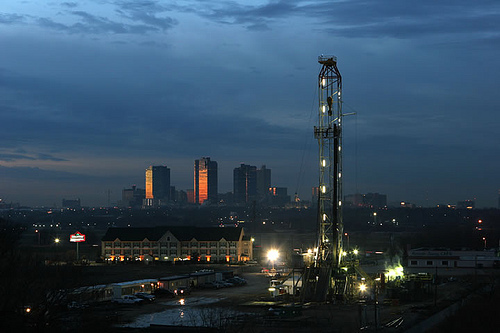 This rich source was discovered in 1981 while drilling the C.W. Slay in Newark Texas in Wise County. Mitchell Energy drilled the well vertically and utilized nitrogen foam frac. However, there wasn’t an overwhelming amount of gas or anything impressive what-so-ever. At least it seemed like there wasn’t.

Despite the initial disappointment due to the low production rate, George P. Mitchell did not give up the idea of the better way of producing gas and precious finding in the area. Not even scarce production rates, extremely low gas prices, and poor profitability didn’t hinder his will to succeed and make the Barnett Shale a success.  Industry critics, however, did give up on his idea and predicted that no company ever would continue drilling well after the Barnett Shale disappointment.  To everyone’s surprise the owner of the Mitchell Energy, George Mitchell found innovative ways to increase production and today he is named a creator of the shale gas production. When they finally took a closer look at his ideas many other gas production companies started to follow his techniques. 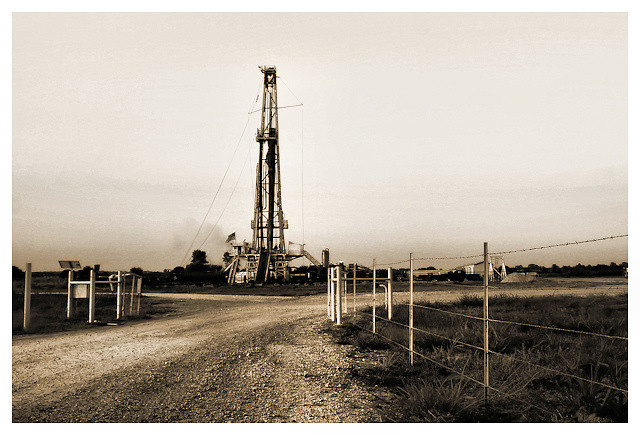 Mitchell’s first success was changing his methods. When he realized that the foam arc doesn’t work, he converted to gel fracs which happened to work excellent in the Barnett. So, in 1986 Mitchell Energy practiced the first ever massive hydraulic frac to the famous Barnett Shale.

In 1991 Mitchell Energy finally got the government’s support and drilled the first horizontal well in the Barnett. Unfortunately, the experiment was not successful.

Eventually, George Mitchell sold his company to Devon Energy in 2002 which will finally discover the potential of the Barnett Shale.

Horizontal drilling of the Barnett increased the possibility of it being a massive source of natural gas. This way of drilling simplifies the reach it extends it and increases production. It allows access to thin and hard to reach reservoirs which otherwise wouldn’t be economically worth the job. This new technology drew many gas production companies, and even today it is a normative method of reaching natural gas.

On the other hand, the Barnett Shale brought hydraulic fracturing to attention. It is done by inflating water and sand (enriched with various additives)into the wellbore. Under the right pressure, the mixture creates a fracture so that a larger amount of gas can be produced. Hydraulic fracturing completely changed the gas production. However, it is also widely criticized for threats to water and air quality.

Economic impact of the Barnett Shale

It goes without saying that the Barnett Shale discovery caused a huge boom in the economy of the US. Drilling for gas production has intensified and developed as the horizontal drilling, and hydraulic fracturing modernized the procedure and perfected it. Several companies are working on the Barnett Shale area and hire hundreds of people. Big enterprises such as the Chesapeake Energy, Devon Energy, XTO Energy and so continually work on the Barnett Shale and test its limits. Statistics from 2015 prove that 70% of all gas in North America came from the Barnett. Importance and influence of the Barnett Shale are most visible in the urge and desire of companies across the US to find more sources of natural shale gas.